Diane M. Ramirez currently serves as Chief Strategy Officer of Berkshire Hathaway HomeServices New York Properties. In this highly Influential role, she is charged with growing the brand across New York City and neighboring markets in addition to enhancing partnerships with BHHS franchises around the world. As the leader of the brokerage’s flagship office at 590 Madison Avenue, Diane will foster the development of BHHS New York Properties agents and teams while leveraging the global brand and her vast knowledge of innovative services and technology platforms.

Prior to joining the Berkshire Hathaway HomeServices team in 2021, Diane was the Executive Chairman & Senior Advisor of Brown Harris Stevens. She began her brokerage career as an agent initially working in Palm Beach and soon after returned to New York City where she was a successful agent. In 1984, she founded residential brokerage Halstead with Clark Halstead in Manhattan. She led the firm with a focus on technology and the high-end market. The firm’s success did not go unnoticed and in 2001 it was purchased by Terra Holdings. Under Diane’s wise and steady leadership, the firm grew to over 30 offices and 1,400 agents across New York City, The Hamptons, Hudson Valley, New Jersey and Fairfield County, Connecticut. In 2020, Halstead merged with Brown Harris Stevens and her role expanded to help guide the company’s growth.

Licensed in New York, Connecticut and Florida, Diane has a deep commitment to the industry. She is an accredited New York continuing education teacher and is an active and supportive member of the Real Estate Board of New York (REBNY). REBNY has honored Diane with three prestigious awards the Kenneth R. Gerrety Humanitarian Award, the Bernard H. Mendik Lifetime Leadership Award and the Henry Forster award for her long-standing reputation for excellence in residential real estate and contributions to cultural, charitable and community organizations outside and within the industry. Diane is an Inman Influencer, is consistently ranked in the Swanepoel Power 200 and by the New York Observer as one of the 100 Most Powerful People in New York Real Estate.

Diane served on the Board of Directors of Leading Real Estate Companies of the World for five years and was Chairman from 2019-2021. Leading RE is comprised of residential brokerages in over 70 countries, with 550 firms and 150,000 sales associates producing 1.3 million global transactions. Diane has recently been elected to the Board of Governors of the National Realty Club which is a premier membership club of real estate professionals founded in 1947 by Harry Helmsley and other leading professionals.

Diane lives in Manhattan with her husband and is a proud mother of two and grandmother of five. 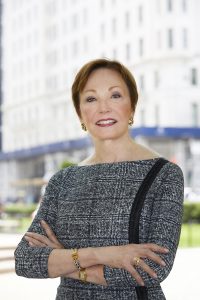